The Queensland Irish Association Pipe Band (QIAPB) is one of the oldest pipe bands in Queensland, and the oldest Irish pipe band in Australia. Despite existing in many forms during the late 1800s, the band was first officially formed as the QIAPB in 1898, and has been an institution in Brisbane ever since.

Festivals, parades and overseas trips have always been part of the fun of being part of QIAPB.  The band still travels regularly and plays in festivals both in Australia and internationally.
The band has played at the following international locations and festivals over the last few decades:

In the past QIAPB was far more competitive, sometimes with two or three bands at the same time. For a time in the 1980s, this included two Grade 1 bands. Notable wins for QIAPB have included:

In Australia QIAPB has also won in Grades 1, 2 and 3 at the New South Wales, Queensland, East Coast, and National Championships too many times to list here.

Affiliation with the Queensland Irish Association 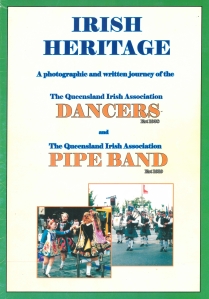